Image Padding?Martin Campbell, the director of Casino Royale and Daniel Craig the new bond have kept the promise of keeping the character real. 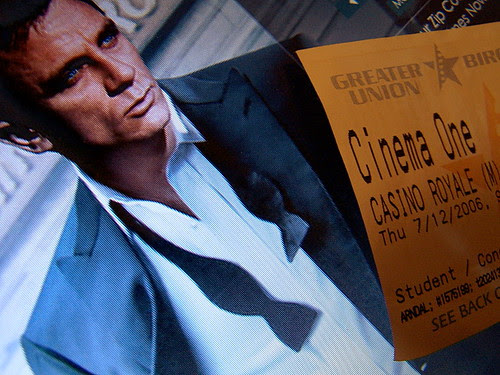 Just this James Bond comes from us and struggles to justify his promotion to double ''O'' status. The makers have kept the focus on character and plot rather than high-tech gadgets and visual effects. Good, we witness a refreshing bond movie - I got bored by the last movie by Pierce Brosnan because of the overload of special effects and stunts performed by stunt-doubles.

More than everything, when the media had written him off as a misfit for the prestigious role, Daniel Craig has come now and proved them WRONG. As the box office reports worldwide report Casino Royale as a major hit, well, the critics have to stick their faces on sand.

Oh, boy, what a feeling that is!