The Death of English Cricket 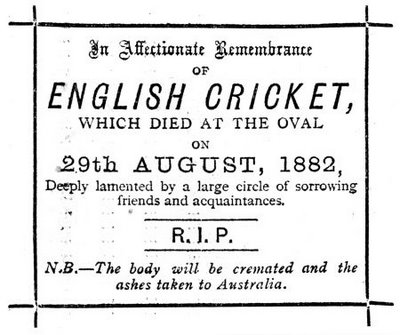 "In Affectionate Remembrance of ENGLISH CRICKET, which died at the Adelaide Oval on 5th DECEMBER, 2006, Deeply lamented by a large circle of sorrowing friends and acquaintances R.I.P.
N.B. — The body will be cremated and the ashes will be washed in Torrens River, Adelaide Australia." 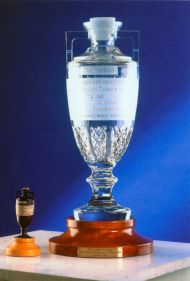 In what is said to be a magical turnaround of events, Poms collapsed yet another time in a span of 42 overs - with 9 wickets falling for just 60 runs on the final day of the second test at Adelaide Oval.

First, the English were stupid enough to bat for 2 days to score the runs which were thrashed by Aussies in a day or so. Then, came the batting collapse that shocked Freddy.

On the other hand, Australia has pulled off a dream match that everyone expected to end in a boring draw.